The Youngest Programmer in The World

This time we’d like to introduce one of the public figures much talked about recently, especially in the technology world. Who do you think he is? He‘s Muhammad Hamza Shahzad, or better known as Hamza. He’s a Pakistani kid holding British citizenship. He broke the record that had never been broken before him. He’s just seven years old and has been proclaimed as the youngest programmer in the world, while kids his age are still preoccupied playing with their friends at school or home. He certainly aspires to be one of the technology developers.

“I want to be Bill Gates.” – he said it to one of the journalists in Birmingham, the United Kingdom.

His father, Asim, has a technology background and works as an expert at an IT company, American Cyber Royal. Hamzah’s parents have kept an eye on their son’s development since Hamza was a kid, and since he was a baby, they noticed that Hamza was wise beyond his age.

His father and mother gave him a laptop when he was only two and a half years, and he could understand and master it in a relatively short time.

It turned out that it wasn’t the first time for Hamza to break a world record. At six, he became a Microsoft Professional (MOP). All candidates had to get 700 points. He got 757 points. He took three tests from Microsoft.

Microsoft’s spokesperson said that Hamza is good at software development basics and can easily build a web app and manage and develop his self-made basic shopping cart app.

At school, Hamza has his own standards of learning computer ; therefore, his father made the learning process better, not only for Hamzah but also for other people. Many ask for help from Hamza when he’s at school, either students or teachers, if they have a problem with their computers. His parents also said, “We have difficulty finding a school that truly meets Hamza’s needs.”

In Birmingham, he is working on his self-made computer game project. He said, “I want to make games and that’s what I’m doing right now. Thirty clicks, and you’ll win”. On the other side, he also spends his free time playing just like any other kid.

Smart Parents, if you want your children to be like Hamza, who has been proclaimed as the youngest programmer, Koding Next has programs for your little ones, starting from the age of 4 and up to 16, especially programming and other digital skills. Sign them up for the trial class. It’s FREE!!! 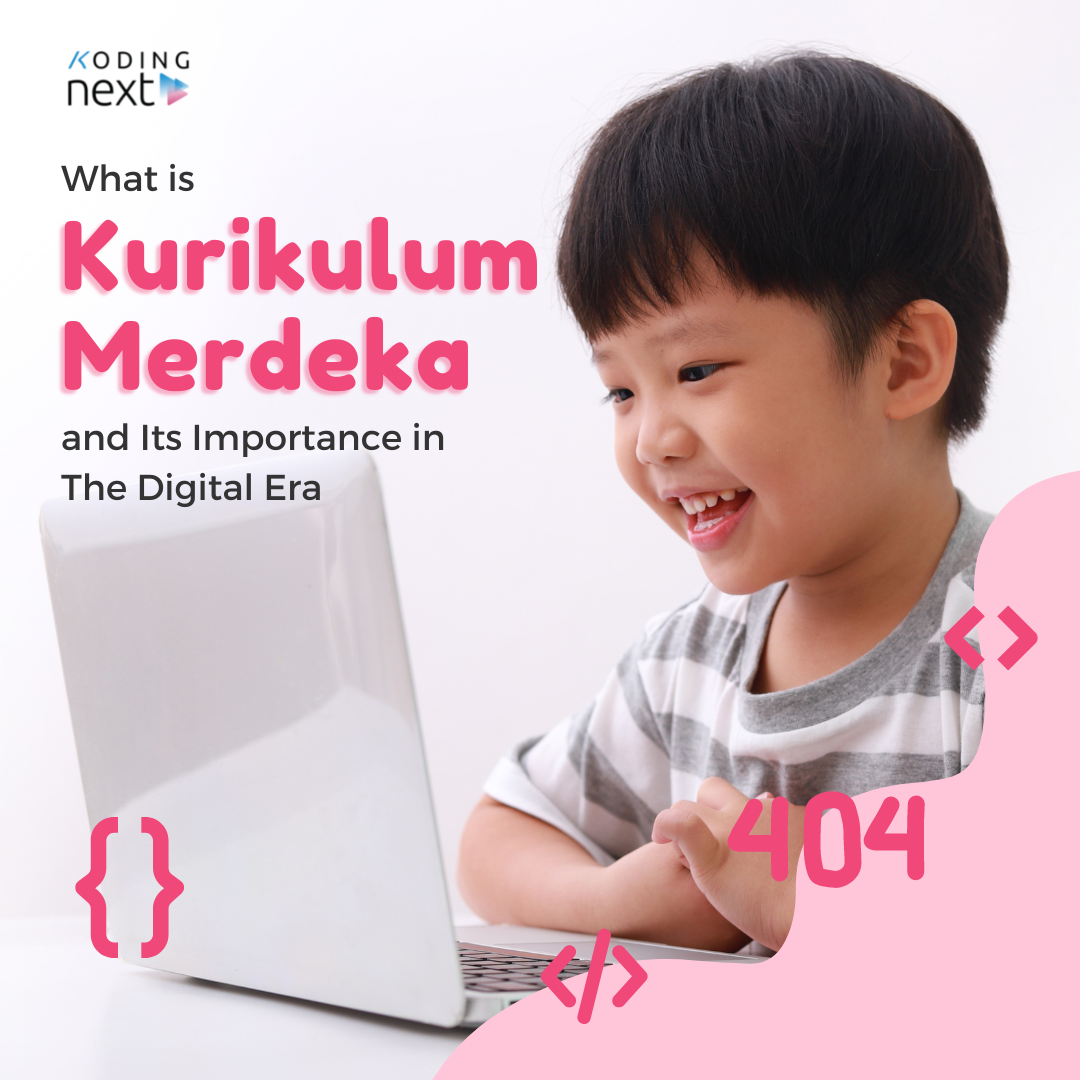 Kurikulum Merdeka and The Importance for Kids

Kurikulum Merdeka. It is a curriculum designed to sharpen children’s skills from an early age. According to Mr. Makarim, that is because, so far, the education regulation has only hindered the process of the education reform achievement that leads to the quality of education in Indonesia.

Coding Summer Camp by Koding Next

This programme can be participated by children aged 4-16 years old throughout Indonesia is divided into two schedules: Weekdays (Monday - Friday) and Weekend (Saturday - Sunday). Coding Summer Camp is available in online and offline classes, depending on the types of courses taken. Read more to find out the details. 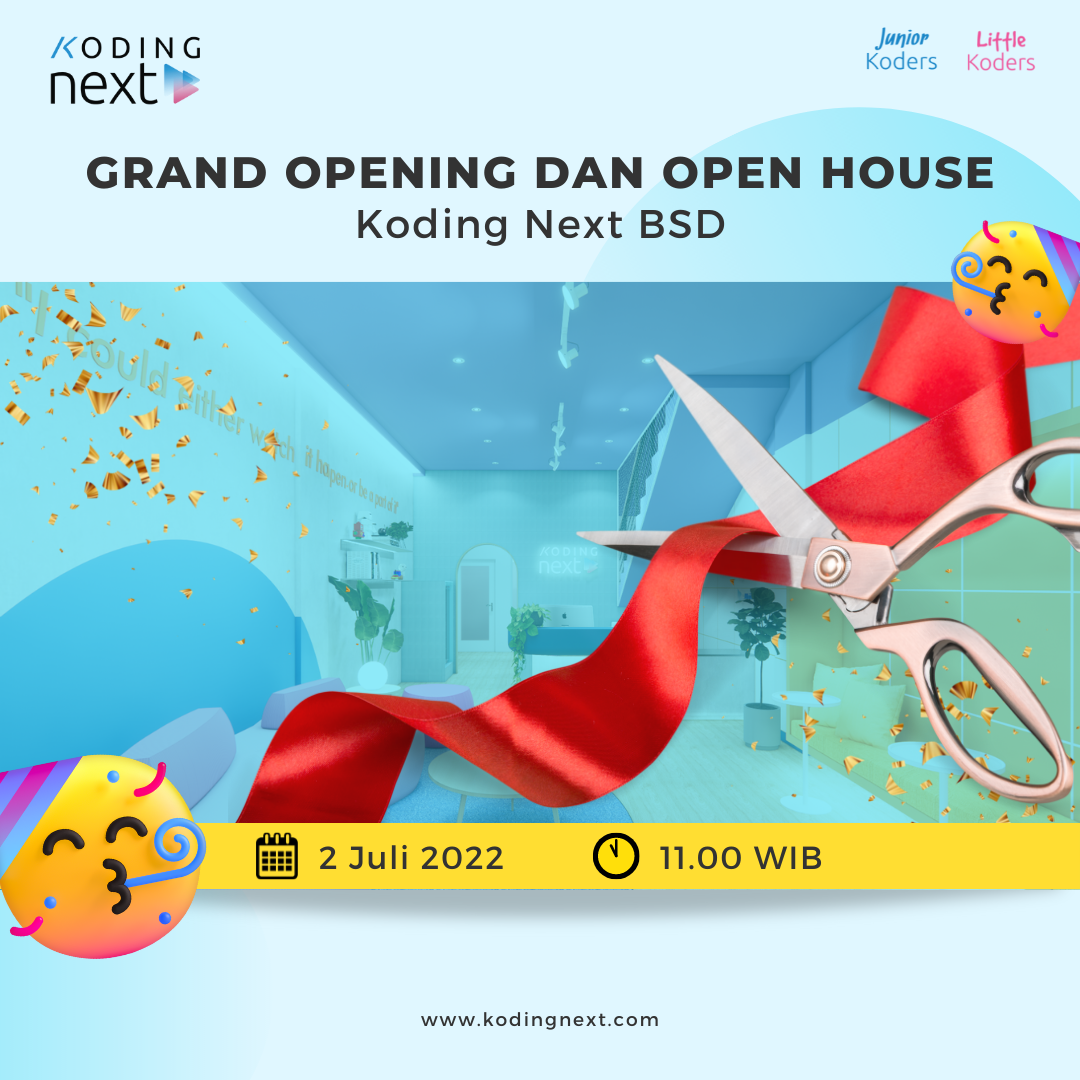 We proudly announce that Koding Next has opened in BSD. To be exact, it is located at Icon Business Park Block N No. 9, Sampora, Kecamatan Cisauk, Kabupaten Tangerang, Banten 1345. We will launch a Grand Opening and an Open House on July 2, 2022.